As a task in today's lesson (08/03/16) the class was split in up into for and against Genre Theory, I was on the pro Genre Theory team and we had to argue with the other side of the room in favour of the usefulness of genre theory, whilst they had to convince us that it is a dead, redundant theory.
The argument came out as a draw as there were counterpoints for most of the arguments for either side.
My team's arguments involved the opinions of many respected Media Philosophers such as Steve Neale and his idea of
Posted by wil at 15:42 No comments:

Who are the BBFC and what do they do?
The British Board of Film Classification group films into age ratings based on the contents
What are the ratings used by the BBFC today? List and explain them in your own words.
The ratings used by the BBFC today, are:
(U) – a film with a ‘U’ certificate can be watched by people of all ages
(PG) – Suitable for people of all ages although parents should decide if it’s suitable for their own children based on the themes on contents of the Film
(12A) - Recommended for an audience 12 and above, due to content in the film however unlike a ‘12’ certificate the ‘12A’ allows viewings for those underage provided they are joined by a person at the age of 18 or above
(12) - Suitable for viewers of the age of 12 and above, due to content in the film.
(15) – A film with this certificate can only legally be sold to a person that is 15 years of age (or older). A ‘15’ certificate film will more than likely contain explicit language, violence, and even sexual references throughout.
(18) – Almost anything goes, provided that it is contextual (not for minors)
(Restricted 18) – Hardcore pornography.
How do the contemporary BBFC film ratings compare to historical BBFC film ratings?
In the beginning there were only two possible ratings a film could achieve, which was ‘U’ certificate for universal viewing by everybody, and ‘Adult’ of course meant only for adults.
Over time the ratings have evolved to the ratings we have today, the most recent change was the decision to make the ‘12’ certificate advisory (12A) on particular films, which is now much more common than the standard ‘12’ grade, because of this I believe that the BBFC will continue to update and evolve their rating systems as the nature of cinema changes over time.
When was the 12a rating introduced and what impact did it have on films released at that time?
The 12A rating was introduced in 2002 on 20th August, replacing the 12 rating within cinema. The first film released with the newfound certificate was The Bourne Identity, and the distributor of Spider-Man re-released the film after the introduction of 12A so the film could reach its target audience and therefore get more sales.
What issues are still raised regarding the 12a rating?
A lot of people seem to think that there isn’t much of a difference between a ‘PG’ and a ‘12A’ certificate as the same child could watch Film from each certificate regarding they are accompanied by an adult.
Why was 'A Clockwork Orange' (1971, d. Stanley Kubrick) withdrawn from UK general release in 1973?
The film was banned in the UK for 27 years after a young schoolboy pleaded guilty for manslaughter because he claims to have been influenced by the film. When the film was first released it was passed uncut for the UK cinemas, however, British authorities considered the sexual violence in the film to be too extreme.
What film has had the longest running ban in British Cinema history? Why was it so controversial?
Love Camp 7 had the longest running ban as it was more or less a sexually violent fetish film which included sexually explicit themes such as restraint, pain and humiliation.
Using the BBFC student guide website find 3 contemporary examples and 3 historical examples of difficult classification decisions made by the BBFC
Historical examples being:
1. A Clockwork Orange
2. Natural Born Killers
3. The Wild One
Contemporary examples being:
1. Fight Club
2. The Dark Knight
3. Fifty Shades of Grey
What are the key arguments against film classification and regulation? Who makes them?
Sometimes, it does occur that there is times when people hold strong arguments as to whether a film has a lower age rating that might be expected, an example of this would be Saving Private Ryan. The critically acclaimed World War 2 film Saving Private Ryan certainly included a lot of gore and strong language, however the BBFC decided that it’s educational benefits would outweigh the gory details of the film.
Based on your reading and research so far, do you think film classification works and why/why not?


I think that classification works as it certainly stops underage people from watching films with adult themes, but I don’t think it’s a good thing to deny anybody the right to view art.
Sweet Sixteen (2002) was given an 18 certificate which meant that some of the people that starred in the film were unable to watch it at the cinema despite the fact that the film strived for realism and many of the locals may have been in similar situations to the characters in the film.
Posted by wil at 17:53 No comments:

he will never apply genre to his work. HE APPL ME

Daniel Chandler’s ‘Genre is too restricting’

The regional magazine I created does follow a genre of action sports which has been done quite frequently with magazines such as sidewalk magazine and thrasher for skateboarding and surfer and wavelength for surfing. However the genre we used combines both the sports of surfing and skating into one magazine to challenge the convention of a single genre or theme within a magazine. This makes the magazine more interesting for the reader and gives a wide variety of content.
This will stop the audience from viewing the magazine the same as any other surf or skate magazine.  The audience will be more willing to purchase and read this as the typical genre has been challenged. Hybridisation of the magazine also ensures there is a wider audience.
Although a genre can provide structure, the content in my magazine follows the typical conventions of a surf or skate magazine. This includes interviews with professionals, trick tips and topic articles. This allows expectations to still be met within the magazine.

Steve Neale’s ‘repetition and difference’
As pointed out our article applies difference within the content as it complied with Daniel Chandler’s theory. This is done to keep pleasure with fresh content.
However we kept the topics within the same genre of board sports and ‘extreme’ sports. This was Important for our magazines as the solid idea of a genre such as board sports helped as a template to work around when creating our magazine. This template made sure our product kept the conventions of a surf and skate magazine but allowed us to go outside the box and achieve what hadn’t been done yet was to the two topics of skateboarding and surfing merged into one.

John Fiske
The magazine has an ideal reader in mind during the construction of the product. This involved the teenage, laid back lifestyle audience that partake in both skateboarding and surfing, but is suitable if they only have an interest in one. However both these sports combine into one within media and skateboarding is simply an evolution of surfing. Being a local magazine this was an ideal genre to create the magazine on. There is a growing amount of people who skate around the local area and has a large target market. The magazines region is also based along the east coast, where a lot of good surfing spots and surfers thrive.
Although the audience seems a small amount, it is in fact quite a popular topic and therefore would be a popular magazine.
Our magazine made the assumption that the audience surf and skate, and the text inside such as the direct address assume the audience know what the text is talking about. The anticipation of pleasure is also present such as action photos and interviews with professionals makes it interesting.
Posted by wil at 03:15 No comments:

Table thing from Will Bartlett
Posted by wil at 04:09 No comments: 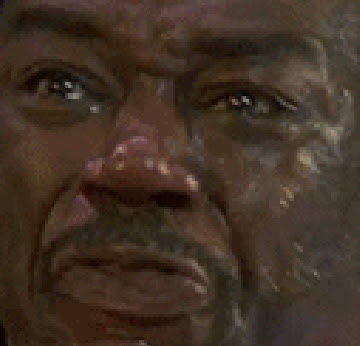